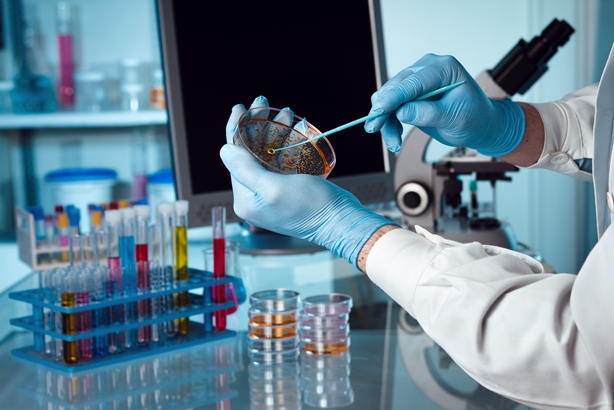 The Swiss biotech industry continued to grow in 2017. Reaching record figures in sales and capital investments in companies, according to a new report. New biotech facilities are expected to further increase export volumes.

The 297 companies in the Swiss biotech industry increased their sales by 14 per cent in 2017 to reach 3.79 billion Swiss francs, according to a report from the Swiss Biotech Association. The growth rate in 2016 was 11.7 per cent.
Capital investments in private and listed biotech companies also grew, doubling from 0.8 billion francs to 1.64 billion francs. This is the highest figure since the report was first published in 2004. In addition, investments in R&D increased by more than 22 per cent to reach 1.39 billion francs, and the number of employees rose by around 2.5 per cent to 13,725 employees.

The high availability of qualified employees in Switzerland is one reason why more and more domestic and foreign biotech companies are investing heavily in expanding their production infrastructure in Switzerland. According to the report, three production facilities are currently under construction. They will contribute to increased exports of pharmaceutical and diagnostic products:

In 2017 alone, the value of pharmaceutical and biotechnology product exports had reached 83.8 billion. Corresponding to 38 per cent of the total Swiss export volume. Together with the high number of patents, these solid developments will secure the good position of the Swiss biotech industry in the long term.
The figures for Actelion, which was acquired by Johnson & Johnson (a Baselaunch healthcare partner) last year, were not included in the latest report, but the biotech spin-off Idorsia created as a result of the acquisition remains in Basel.