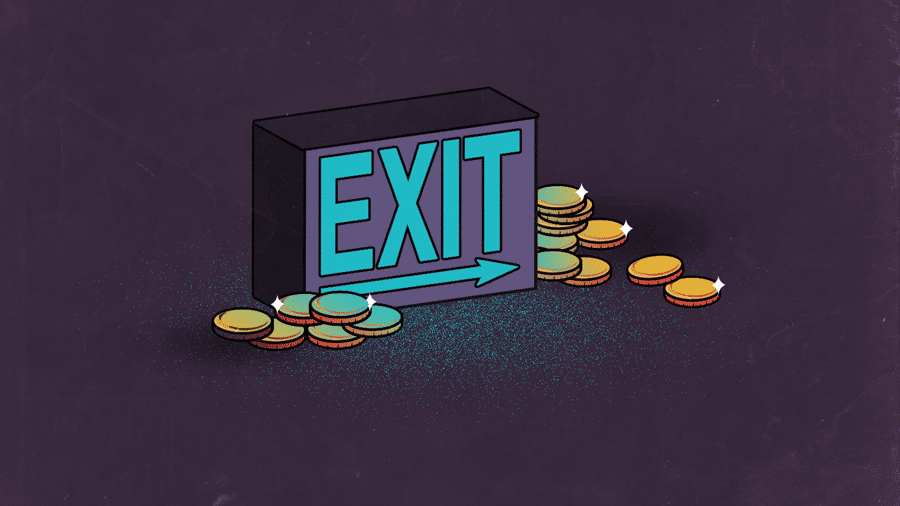 An article by Joanna Glasner, Contributor at Techcrunch

Take Juno Therapeutics, a publicly traded cancer immunology company that sold to pharma giant Celgene this year for $9 billion. At first glance, it doesn’t seem like a deal that would impact Juno’s early investors.

After all, Juno went public back in 2014. Though the Seattle company raised more than $300 million as a private company, pre-IPO backers had years to cash out at healthy multiples.

In the end, the acquisition netted ARCH’s limited partners 23 times their money, bringing in close to a billion dollars. It’s an exceptional return, even by venture home run standards.1

“We tend to distribute on milestones, not financing events,” Nelsen said of his firm’s approach to exiting a portfolio investment. That often means holding for years after an IPO awaiting positive clinical trial outcomes or other value-creating inflection points.

For public companies, that can be done over time or all at once, and usually comes in the form of company shares rather than cash.

So when is it an exit?

It’s outcomes like Juno that help explain why life sciences, despite bringing fewer first-day IPO pops and buzz-generating unicorn exits than the tech sector, still consistently attracts roughly a third of venture investment. Big exits do happen. But oftentimes it’s not with a lot of fanfare and usually not with a public market debut.

“I don’t think IPOs are ever an exit in biotech. It’s always a financing event,” Nelsen says. While ARCH may hold shares longer than the typical VC, he says it’s not uncommon to hang on the stakes for a while post-IPO.

That IPO-and-hold strategy appears to have worked out well for the firm on other occasions. Other portfolio companies that went public and were later acquired for multiple billions include Receptos, a drug developer, and Kythera Biopharmaceuticals, best known for an injectable to reduce chin fat.

Using Crunchbase data, we looked to see how common it is for a venture-backed biotech company to go public and then sell a few years later for multiple billions. We found at least eight examples of companies selling for $2 billion or more in the past five years that went public less than four years before the acquisition. (See list here.) Altogether, these acquisitions were valued at more than $47 billion.