From University of Basel to raising $50M series A with Cimeio Therapeutics.

In this live event empowered by Innosuisse, we invited Prof. Dr. Lukas Jeker, co-founder and SVP gene editing at Cimeio Therapeutics and Professor at the University of Basel.

Lukas talked to us about studying and engineering immune cells to address severe disorders, as well as his journey from a basic science project to a $50 million Series A financing.

Join our next event

What you will find on this page

We partner with scientists and entrepreneurs to help launch and grow exceptional biotech ventures developing cutting-edge therapeutics. And we know how to do this — so far our portfolio has raised over $450M in financing with an average series A raise of $30M per company.

Thanks to our partners

Without our partners, our mission would be impossible to achieve. That’s why we regularly put them in the spotlight with our newsletter, webinars and in-person events.

Today’s event is made possible with the help of our partner KPMG, one of Switzerland’s leading providers of professional services, specialized in Audit, Tax & Legal and Advisory.

“We benefit from the knowledge of more than 4,000 life sciences experts across the globe”, says Clémence Laemmel, Director of KPMG. With this global network, KPMG advises and assists life sciences and biotech companies in various areas: 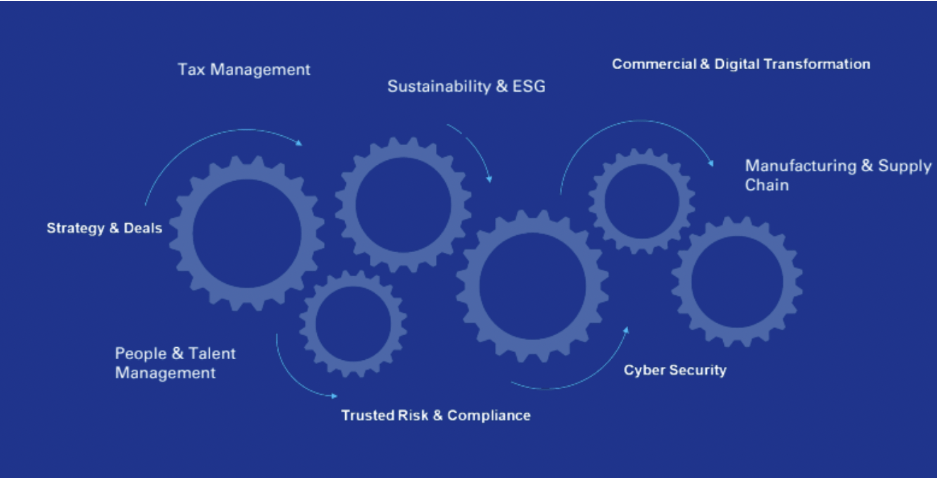 But that’s not all.

KPMG regularly publishes interesting articles, reports and whitepapers about trends and issues facing the Swiss economy. Three of them, we’d like to show you here.

In this publication, written by Clémence herself, KPMG explores how biotech companies and big pharma work together, as well as the current trend on deal structuring.

Although the year is almost over, this KPMG report is a must-read for everyone in the life sciences industry. It contains fascinating insights on the cell therapeutics and gene therapeutic markets.

Three pillars for setting up biotech startups for success.

There are three pillars that every biotech startup needs: Data, Strategy and Team. This whitepaper, developed in a collaboration between KPMG and us, explores those three pillars from a scientific, business and commercial point of view.

The technology of cell shielding

Using gene editing tools to insert novel protein variants into HSCs or other types of cells allows the cells to maintain their function while making them resistant to depletion by the paired immunotherapy.

Cimeio’s origins lay in basic scientific research started in 2014 in Lukas’  lab that he had just set up at the Department of Biomedicine, the joint venture of the University, the University Hospital and the University Children’s Hospital in Basel.

Initially, the idea was to develop a CRISPR/Cas-based tool to identify functionally relevant miRNA/target interactions to elucidate T cell regulation. To get there, the team used a trick: they edited congenic marker proteins in mouse T cells. The advantage is that a single amino acid exchange in this system flips reactivity of the engineered protein between two antibodies. The flip can therefore easily be quantified using flow cytometry. With this system Lukas Jeker’s team optimized the editing and he realized the enormous potential of CRISPR/Cas to employ allele engineering. With his clinical background Lukas knew this could be used to distinguish donor and host cells and could therefore be exploited therapeutically. These early results were published in a peer reviewed journal after a patent application had been filed.¹

Lukas started talking to Unitectra, the technology transfer office of the University of Basel, and filed the foundational intellectual property (IP). As a next step, he sought to outlicense this IP to gene editing companies, but they weren’t interested. It was too early.

Lukas quickly concluded that the only way to further develop this approach therapeutically is to found a company. He took some entrepreneurial classes at Unibas and Innosuisse and then contacted BaseLaunch.

But the technology was still a little bit too premature to spin out a company. We advised Lukas to come back once some more foundational data was available as he had the advantage of being able to conduct more translational research still within the academic setting.

In 2018, Lukas came back. He put together a compelling deck, explaining his technology, the approach, the supportive data and a rough path forward. He sent off his application and… got the support!

”Having the right partners, like BaseLaunch, was super important.

Prof. Dr. Lukas JekerAssistant Professor at the University of Basel

This was a pivotal moment. Lukas now had a team of drug development and business experts in the biotech space, working with specific advice, input, and feedback. He also got funding to cover initial non-core science-related expenses, which were impossible to cover from the academic grants and a deep connection into the biopharma ecosystem.

“It’s also the little things,” he adds. “Like not having to share a tiny office with four other people working on different projects. Talking about two-digit million investments without having a track record of entrepreneurship on the phone with three pairs of ears listening makes the rest of the day a little awkward.”

After Lukas got accepted into BaseLaunch, things progressed rapidly, and in 2020, Ridgeline Discovery, the Versant Ventures Discovery Engine in Basel, started to further build out Cimeio.

Just a year later, Cimeio secured $50M series A from Versant Ventures to support the further development of their portfolio of Shielded-Cell & Immunotherapy Pairs for patients with serious and life-threatening diseases.

When asked what made it possible to raise such a large amount of money in Cimeio’s series A, Lukas answered: “It’s a combination of having an idea, having IP and not giving up. Persistence is extremely important.”

In an interview later on, Lukas told us his #1 tip for future startups in biotech: “Talk to clinicians early on. As early as possible. Ask them what they think about your solution, how they’d use it and what you can improve. As a bonus, they can tell you a lot about your competition as well!” 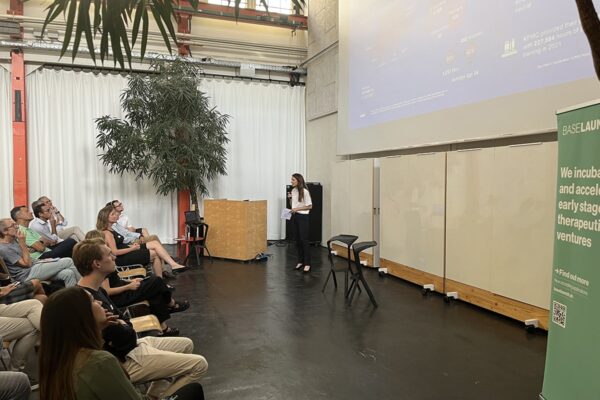 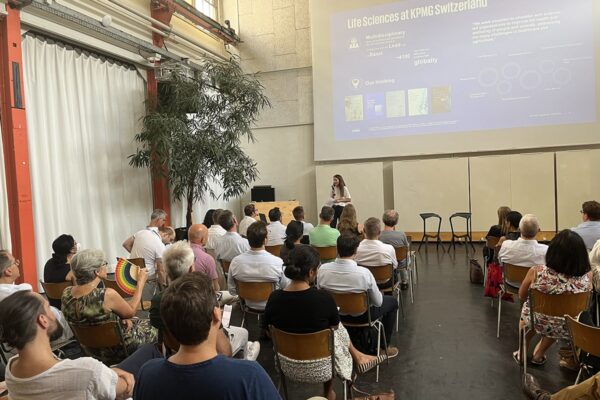 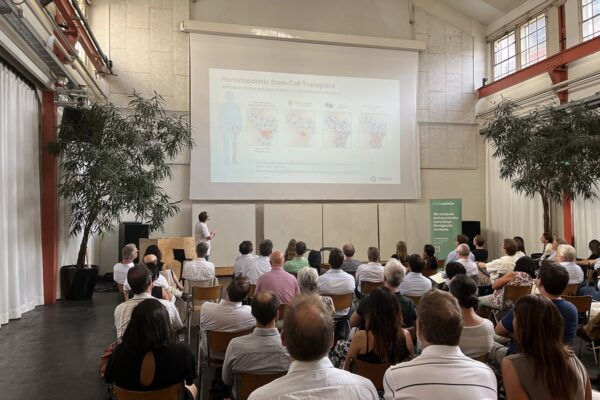 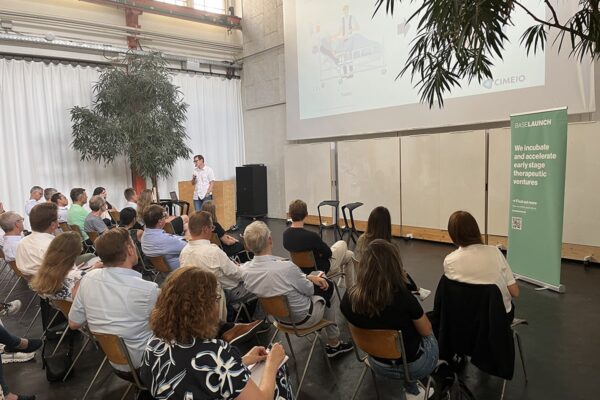 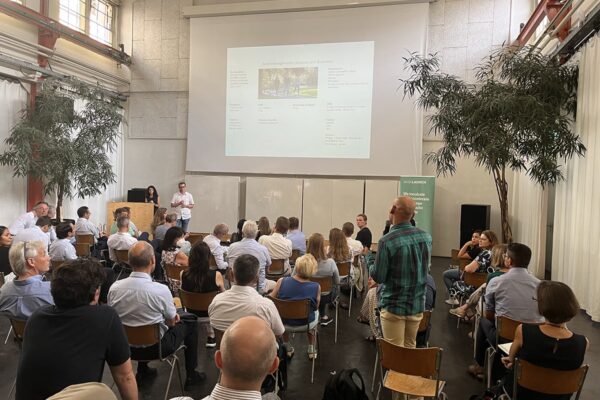 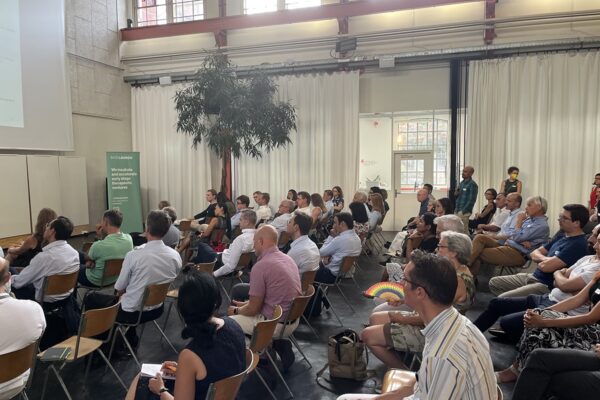 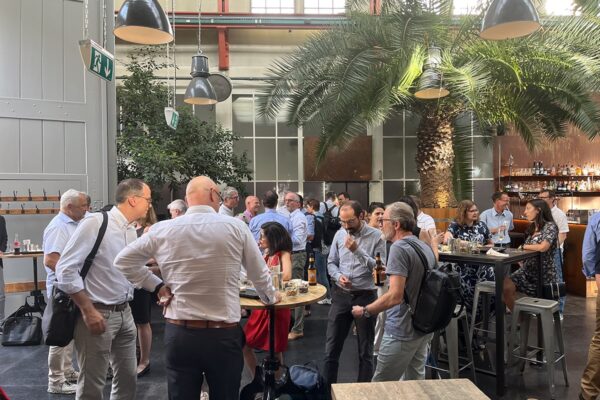 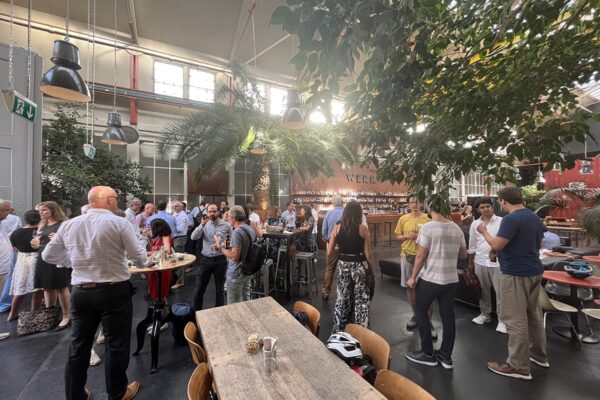 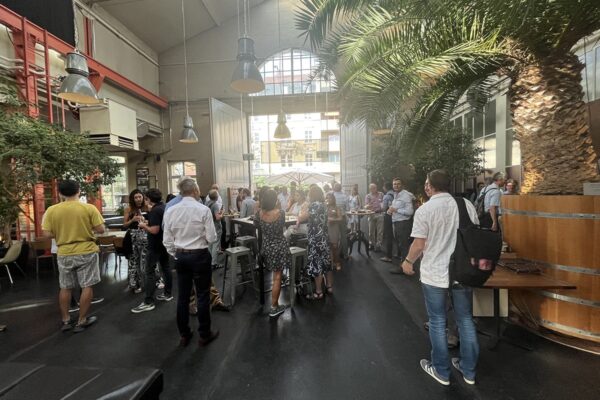